You just raised $1 million in your crowdfunding offering under Title III/Regulation CF.  That’s the good news.  The bad news?  You now have over a thousand shareholders on your cap table, making it unwieldy, an administrative nightmare and likely to impede future funding.  It means a huge challenge seeking consents for such things as director elections, strategic decisions and later funding rounds.  And later rounds in turn will become more difficult to achieve as the company is perceived to be less attractive. 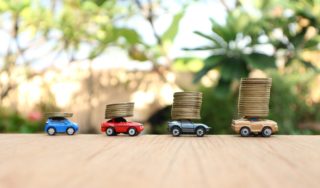 through a special purpose vehicle whose sole purpose is to recruit investors and invest the proceeds in an identified operating company.  The investors receive interests in the SPV, and the operating company adds only one new shareholder to its cap table.  Unfortunately, SPVs have not been eligible under Regulation Crowdfunding.

Until now.  As part of the reform package adopted by the SEC last November to facilitate capital formation (see my previous posts here, here and here), the SEC lifted the prohibition on the use of special purpose vehicles in Regulation Crowdfunding offerings.  The crowdfunding ecosystem has been clamoring for this change for years, primarily because it would alleviate the messy cap table problem.  But the SPVs that will be allowed to recruit investors into Regulation CF deals must meet several stringent requirements not present in typical venture SPVs many of us are familiar with.  This is not your father’s SPV.

In addition to contributing to the messy cap table problem, the ineligibility of SPVs also increased the likelihood of prematurely triggering Securities Exchange Act registration due to the number of overall shareholders or the number of non-accredited investors.  Section 12(g) of the Exchange Act requires an issuer with total assets of more than $10 million and a class of securities held of record by either 2,000 persons, or 500 persons who are not accredited investors, to register that class of securities with the SEC.  Most companies seek to avoid Exchange Act registration until a time of their choosing.  Regulation Crowdfunding, however, does conditionally exempt securities issued under Regulation Crowdfunding from the shareholder number registration trigger under Section 12(g) if certain conditions are met, including having total assets of $25 million or less.  The $25 million asset threshold, combined with the 2,000/500 shareholder cap, could be a real trap for crowdfunding issuers.

Interesting to note that the SEC considered, but ultimately did not require, that a registered investment adviser manage the crowdfunding vehicle. The SEC explained that doing so would have made the SPV more than just a conduit, let alone that the RIA requirement would not be economically feasible for startups.

For those crowdfunding issuers that choose to use crowdfunding vehicles, the new rules will ease cap table burdens and remove a potential deal breaker for future investors.  It will provide smaller investors with more leverage to negotiate better terms and protections, making crowdfunding safer and more profitable for them, and attract more capital and higher profile investors.

Also, a crowdfunding offering resulting in only one new shareholder for Exchange Act registration purposes under Section 12(g) (assuming all crowdfunding vehicle investors are natural persons) will be enormously helpful for issuers with assets of $25 million or above.

Nevertheless, because of the onerous conditions, each issuer will need to make its own cost-benefit analysis prior to implementing a crowdfunding vehicle strategy, which should take into consideration the issuer’s offering experience, potential for raising follow-on financing from a large investor, costs associated with the creation and administration of the crowdfunding vehicle and the number of small investors likely to participate in the crowdfunding offering.